Nick Trombley is a recent graduate of Eastern University with a BS degree in Economic Development and Accounting and Finance. While at EU, Nick was president of Youth Against Complacency and Homelessness Today, a homeless ministry in Philadelphia, Earth Keepers, and The Humane League. 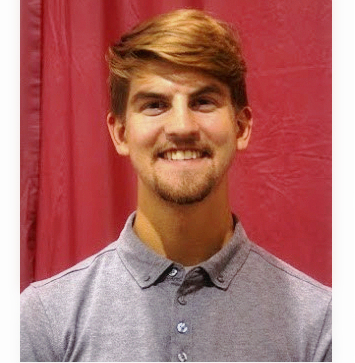 Y.E.C.A. would like to congratulate Nick Trombley as the July winner of the Faithful Neighbor Award for Climate Stewardship.

Each month, Y.E.C.A. is recognizing a young Christian in this country who is striving to live out what Jesus said was most important: loving God fully and loving our neighbors as ourselves. Climate change is already impacting our neighbors and God’s creation, both in the United States and around the world, and we believe God is calling us to faithful action and witness in the midst of the current climate crisis.

Nick Trombley is a recent graduate of Eastern University with a BS degree in Economic Development and Accounting and Finance. While at EU, Nick was president of Youth Against Complacency and Homelessness Today, a homeless ministry in Philadelphia, Earth Keepers, and The Humane League.  His passion for resource stewardship and climate change developed during his time on campus, where he learned about the negative environmental implications linked to animal agriculture.

Nick is an advocate for environmental justice and climate change through common food choices. He says, “My convictions grew by asking a single question. What if everyone lived and ate the way I did - would this be sustainable?  As environmental stewards, the answer to this question should be yes.” Since then, Nick has started a “Meatless Mondays” initiative on campus and has met with faculty and administrators interested in curbing their environmental impact through their eating habits.

In the future, Nick plans to focus on economic oppression in poorer regions of the world. He says, “I am passionate about alleviating poverty by working with food systems. Food, economics, climate change – it’s all connected to sustainable actions. I want to work towards food sustainability at a large scale.” He finds inspiration for this work simply by connecting with his surroundings. He says, “Everything around us is made by God and speaks to God. Work is fundamental to being human, so working for God is a natural step of devotion. We’re called to be caretakers of the earth and to love God and our neighbor. I believe this inherently includes sustainable global actions.”

Later this year, Nick will be traveling to Malawi to assist in the development of a study abroad program focused on rural living, food and nutrition, and policy design.